On April 17 2015, the de facto Security Committee (or the KGB) of the separatist Transnistrian region of Moldova issued a statement describing civil society organisations which receive funds from abroad and are active on the territory of Transnistria as a threat to Transnistrian security.

The statement focused particularly on the activities of the human rights organisation Promo-Lex and revealed that a criminal investigation had been opened by the de-facto Transnistrian authorities into what the KGB terms as the “direct threat to security” posed by Promo-Lex’s activities in Transnistria, allegedly aimed at “destabilising the situation in the region.”

Promo-Lex is a leading independent human rights NGO in Moldova which works across the country to promote legislative reform and defend human rights. It is highly regretful that the de facto authorities of the Transnistrian region interpret the organisation’s peaceful and legitimate advocacy and litigation activities as destabilising the situation. Promo-Lex works in partnership with Transnistrian NGOs to protect human rights in one of the most challenging areas in Europe, as Moldovan human rights NGOs are not allowed to carry out activities in the Transnistrian region, and local activists are not allowed by the de-facto separatist authorities of Transnistria to cooperate or communicate with NGOs based in other parts of the country.

Pressure on human rights defenders and civil society activists working in the Transnistrian region has intensified significantly since 2013. Numerous civil society representatives and journalists have been subjected to intimidation and have been the targets of libellous claims in retaliation for their work to promote and defend human rights. Draft legislation and amendments to existing laws prepared by the de facto Transnistrian authorities in 2014 are believed to be part of a crackdown on NGOs. Among these legislative initiatives, a draft law on “foreign agents” was adopted by the de facto Transnistrian Parliament in November 2014 but has not yet come into force.

Ensuring effective protection of civil society work in Moldova is of utmost importance at this time, as increased pressure on NGOs operating in areas of frozen conflict such as Transnistria undermines efforts to monitor the human dimension and security situation and prevent human rights abuses.

Members of the Civic Solidarity Platform call on all international actors, inter-governmental organisations and political bodies to undertake active diplomatic efforts to ensure that human rights are respected in the Transnistrian region of Moldova and remind the de facto and de jure authorities of their obligation to respect international human rights norms, ensure the security of human rights defenders and safeguard and facilitate the right to freedom of association of NGOs, such as Promo-Lex, which are engaged in peaceful, legitimate, and lawful human rights activities in Moldova, including the Transnistrian region.

In particular, we call on the OSCE bodies and institutions, including the OSCE office in Moldova, to react to the recent human rights developments in the Transnistrian region in their role as mediators in the conflict, bearing in mind interconnection and interdependence between the security and the human dimensions.

Signed by the following members of the Civic Solidarity Platform:

Centre for the Development of Democracy and Human Rights, Russia

Kazakhstan International Bureau for Human Rights and Rule of Law

The European Court of Human Rights established a violation of the right to freedom of assembly and association in the case Promo-LEX and others v. Moldova (Application no. 42757/09). 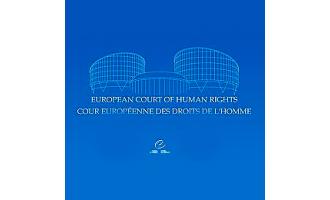