During the annual OSCE Ministerial Council meeting of 5-6 December in Bratislava, a group of 46 states that participate in the OSCE issued a “Joint Statement on Human Rights and Fundamental Freedoms”. The statement asserts that as “the world has never been more interconnected”, “the impact of human rights violations and abuses in one part of our region can have serious repercussions in another. Human rights violations and abuses as well as restrictions on civil society can affect us all, no matter where we live. Respect for human rights within states is essential to lasting security among states.”

The 46 states also affirm that “civil society is the conscience of our societies, a source of ideas, and a key component for an open and inclusive dialogue. This is a cornerstone of democracy. We are therefore committed to a world where people are free to associate and assemble, speak their mind, believe or not to believe and hold their governments to account without reprisals.”

The full Ministerial Council meeting, comprised of representatives of all 57 OSCE states, did not come to any decisions on human dimension matters. Drafts that were discussed on efforts that states and OSCE institutions should undertake to defend freedom of religion or thought, freedom from torture and freedom of peaceful assembly did not achieve the consensus needed for a Ministerial Council decision.

Progress on human rights under the OSCE umbrella however does not only depend on the political consensus needed to take Ministerial Council decisions. The Bratislava Declaration on freedom of peaceful assembly of this year’s OSCE Civil Society Parallel Conference contains a long list of ways in which authorities can improve facilitating and policing assemblies, based on international standards that are contained in the Guidelines on Freedom of Peaceful Assembly of the Venice Commission of the Council of Europe and the OSCE’s  Office for Democratic Institutions and Human Rights (ODIHR).  The Declaration calls on states to stimulate civil society monitoring of assemblies and to support ODIHR’s work in this field, to issue an open invitation to ODIHR  for monitoring visits to their country, and to increase attention for and to publicly report on the follow-up of ODIHR recommendations that result from the monitoring. 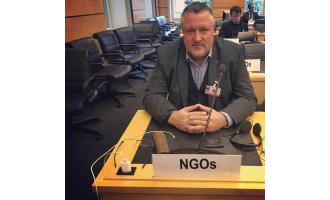 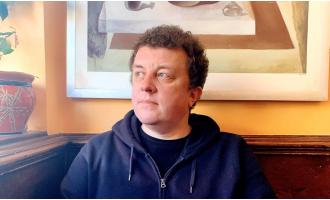 Civic Solidarity Platform calls for the release of Andrei Aliaksandrau