As the Hungarian Government meets today representatives from Norway, Iceland and Lichtenstein to discuss the European Economic Area Grants, the Observatory for the Protection of Human Rights Defenders, an FIDH-OMCT joint programme, expresses its deep concern that the Hungarian government is alarmingly shrinking the space of civil society by hindering their access to funding, conducting unexpected inspections and blacklisting prominent human rights organisations.

Since its re-election on April 6, 2014, the Hungarian Government has led a smearing campaign against Hungarian human rights NGOs and is striving to gain control over them or silence them by hindering their access to funding.

“The Hungarian government is deliberately reducing the room for manoeuvre of human rights NGOs, known for being critical of policies implemented since 2010” commented FIDH President Karim Lahidji. “The recent moves undertaken by the government to restrain civil society’s action echoes Putin's Russia recent attempts to silence dissenting voices, speaking out for the respect of human rights” he added.

One day after its re-election on April 7, 2014, the Hungarian Government targeted the Norwegian Civic Fund (NCTA), a small portion of the Norway Grants, which are one of the financial mechanisms through which Norway, Iceland and Liechtenstein fund projects in EU countries under the European Economic Area Grants. The NCTA is administered by a consortium of four Hungarian foundations – Ökotárs Foundation, Autonomia Foundation, DemNet - Foundation for Development of Democratic Rights and Carpathian Foundation – which the Government accused of political meddling with Norway to unduly influence Hungarian politics. Norway has firmly rejected those accusations.

On May 30, 2014, the Government also made public the list of 13 grant recipients it considered to be problematic for their “left-leaning” political ties. These were all organisations working on anti-corruption, human rights, gender equality and freedom of speech. On the list appear the well-known Hungarian Civil Liberties Union, Transparency International and the investigative journal atlatszo.hu. All of these organisations have been receiving grants from Norway Grants, for amounts ranging from 4,000 to 120,000€ each.

“What should be a straightforward process between donors and receiving association is transformed into a repressive State interference to stifle NGOs”, said OMCT Secretary General Gerald Staberock. “By labelling human rights groups as political groups acting against national interest, Hungary is acting in ways known of authoritarian regimes. Freedom of expression and association in a democratic society include dissent and at times controversial debates on human rights”, he added.

The move follows a series of actions and legislative reforms undertaken by the government in the past years since its first election in 2010 aimed at progressively restricting the space of civil society and independent critical voices in Hungary. This included the adoption in 2010 of a Media Law that significantly restricted freedom of expression and media freedom in Hungary, and a series of constitutional reforms that progressively eroded the powers of independent authorities and curtailed civil liberties in the country. Both the Media Law and the reforms were met with severe criticism by NGOs and international organisations, including the European Union, the Council of Europe and the OSCE.

The Observatory reminds the Hungarian authorities that the UN Declaration on Human Rights Defenders provides that everyone has the right, individually and in association with others, “at the national and international levels […] to form, join and participate in non-governmental organizations, associations or groups” (Article 5) and “to solicit, receive and utilize resources for the express purpose of promoting and protecting human rights and fundamental freedoms through peaceful means” (Article 13).

“The Hungarian State must move from a system where the State assumes the right to restrict civil society’s action by hindering their access to funding to one where it fulfils its obligation to support, directly or indirectly, the funding of civil society activities. This implies that States recognise the crucial role played in society by NGOs to ensure better compliance with its own domestic and international human rights obligations”, Messrs. Lahidji and Staberock concluded. 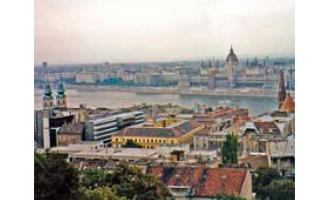 Hungary was until recently seen as one of the most successful new democracies. However democratic standards have in a short period of time deteriorated in a degree that few thought was possible.