Human Rights House Zagreb (HRHZ) is a human rights watch-dog NGO founded in 2008 with the aim to contribute to building of a free, open, pluralistic, democratic, equitable and inclusive society based on respect, protection and promotion of the highest standards and norms of human rights and freedoms through research, monitoring, advocacy and educational activities based on the UN and Council of Europe human rights instruments, and the EU Charter on Fundamental Rights. HRHZ, inter alia focus on freedom of expression (including freedom of the press and combating hate speech), freedom of association, freedom of assembly and a right to be a human rights defender. HRHZ publishes an annual report on the state of human rights in Croatia, and regularly presents reports and other submission to the international human rights bodies. The EU Fundamental Rights Agency selected HRHZ and two other CSOs as a FRA’s national focal point for Croatia. During the past eight years, HRHZ has been recognized, both nationally and international as a cutting-edge independent center of expertise on human rights. HRHZ is also a member of the following international and regional advocacy networks: Human Rights House Network, Platforma 112, Southeast Europe Coalition on Whistle-blower Protection, GOOD Initiative, and CROSOL – Croatian Platform for International Citizen Solidarity and Welcome Initiative. 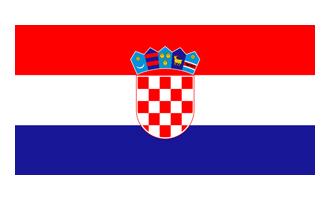 Croatia has more work to do on free expression

At the stroke of midnight on Sunday, Croatia officially became the 28th member of the European Union. Croatia will be a “serious, responsible and active member”, said President Ivo Josipovic as he ushered in “the first day of our European future”. But threats to freedom of expression, especially in the media, remain.